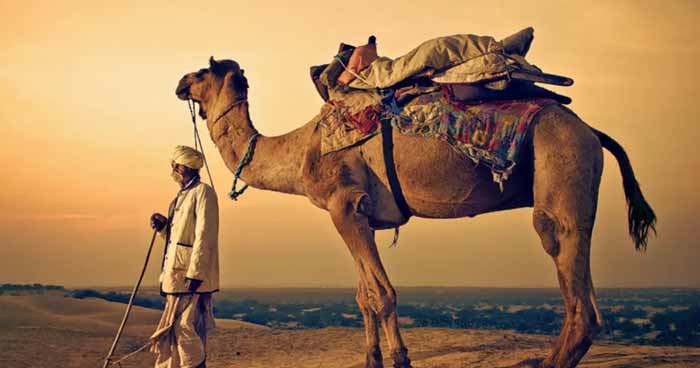 The “Golden City” of Rajasthan, has been given this name because of the golden yellow sand dunes flying in the Thar Desert. This city, situated close to the border of Pakistan, is a popular tourist destination of Rajasthan. There are many sightseeing sites here which are made of golden yellow limestone. Riding a camel, passing through the desert, and spending the night in the camp under the sky night is a memorable experience. Jaisalmer Fort is the most important attraction here. Jain temple, national park, Gadisar Lake, Bada Bagh, etc. are other places. Jaisalmer sightseeing really makes you excited because there are so tempting places.

Famous Places to See in Jaisalmer

Popularly known as the Golden Fort of Rajasthan, Jaisalmer Fort is set on Trikuta Hills. It was constructed by Raja Jaisal, the Rajput ruler of the year 1156 AD. Its yellowish sandstone structure and golden sand dunes make it referred to as the Sonar Quila.

Built by a popular trader of the city named Guman Chand and his sons, Patwon ki Haveli is a massive five-storied structure with decorative suites. Its large corridors and the decorated walls excellently represent the art form that prevailed.

Constructed by the first ruler of the land, Raja Rawal Jaisal – Gadisar Lake is truly a great place to enjoy your memorable time. The people of the desert city depend on this tank for their water needs. You can see temples, cenotaphs, shrines, and more around the banks of this lake.

Experience the desert charm by undertaking a Desert Safari Jaisalmer tour. Sam Sand Dunes and Khuri Sand Dunes are the ideal locations to set off for a dive into the golden sand dunes. Enjoying safari on camelback that would take you along crests and troughs to watch the picturesque sunset views.

Inside the Jaisalmer Fort lies Jain Temple which is a series of temples devoted to Jain Tirthankaras and can be traced back to the 12th century. The temples are known for their distinctive architectural style inspired by Dilwara Jain Temples of Mount Abu.

Bada Bagh means Huge Garden, Maharawal Jait Singh’s period saw its construction which was in the beginning of 16th century. His son Lunakaran complete the construction after his father’s death. It serves as a memorial spot of nobles and their families were cremated.

Ac and Non-AC cabs and taxis are available for Rajasthan sightseeing tours: