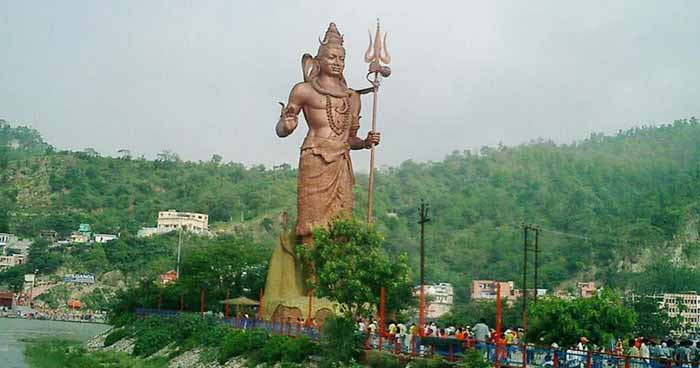 At 05:30 hrs:
Our english speaking driver will pick you up and head for Haridwar, which is about a 4 hour drive.

The holy city of Haridwar is located in the north Indian state of Uttaranchal at a distance of 214 kms from Delhi.

Haridwar, literally Gateway to God, is one of the Hindu holy places in India and a center of Hindu religion and mysticism for centuries. Located on the banks of River Ganges (Ganga), at the point where the Ganges descends from the hills to the North Indian plains, Haridwar attracts a large number of Hindu pilgrims from all over the world.

Places to visit in Haridwar:

Har-ki-Pauri: Holy ghats are named after the Charan (Footprints) of Hari (God Vishnu) impressed on a stone, set into the upper wall of the ghats. Constructed by King Vikramaditya in memory of his brother Bhartrihari, it is thought that Bhartihari eventually came to Haridwar, to meditate by the banks of the holy Ganga. When he died, his brother constructed the Ghat in his name, which later came to be famous as Har-Ki-Pauri. This sacred bathing ghat, is also famous as Brahmakund. The reflection of golden hues of floral diyas, in the river Ganga, is the most delightful sight in the twilight, throughout the Ganga Arti Ceremony. It is the most important ghat on the river Ganga, where a holy dip is a must for every devotee.

Mansa Devi Temple: One of the most visited temples in Haridwar, Mansa Devi Mandir occupies a place on top of the Shivalik hills. The temple is dedicated to Goddess Mansa Devi, believed to fulfill the wishes of those who visit here. It is a tradition with the devotees to tie sacred threads around the tree that stands within the premises of the Mansa Devi temple. From the temple, one can have heart stirring views of the Haridwar town. Along with Chandi Devi temple and the Maya Devi temple, it completes the Siddhapeeth Triangle.

Daksha Mahadev Temple: As per the ancient hindu mythology, this temple is supposed to have been the site of a yagya (ritual) conducted by Daksha. This ancient shrine, located in Kankhal town which is 4 k.m. from Haridwar.

Sati Kund: This is the holy place where the wife of Lord Shiva, Mata Sati is believed to have done the ritual of self-immolation. The ghat here is thus famous today as Sati Kund.

Rishikesh is a small town in the northern state of Uttarakhand in India. Scenically located where the Ganges River comes down from the Himalayas, Rishikesh catapulted to Western fame when the Beatles dropped by for a visit to Maharishi Mahesh Yogi’s ashram (now closed), and the town is still known as the World Capital of Yoga.

Rishikesh is also the Gateway to the Himalayas. The Char Dham Yatra (Four Shrines Sacred Journey) ideally begins from Rishikesh.