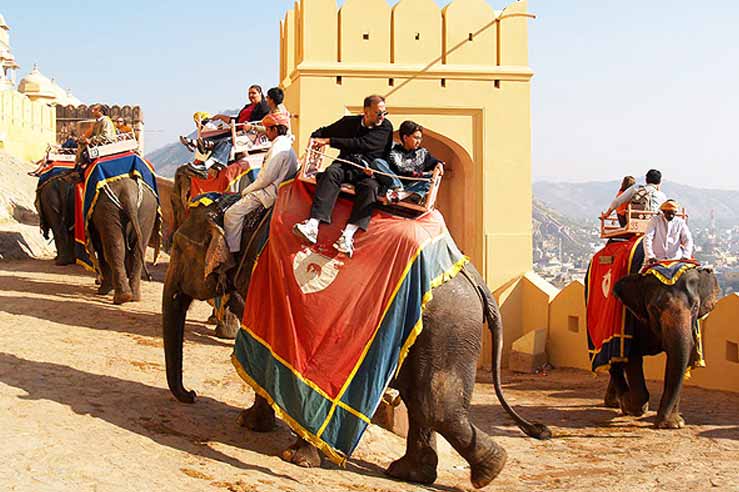 2 Days Jaipur Tour Without Guide The Pink City Jaipur Founded in 18th century, this city has stood as a pillar of astonishment for every traveller who passed by. This is the city with three hill forts and numerous palaces with timeless beauty can be enjoyed by the tourist during each second of tour. Jaipur is famous for its festivals and culture of the land. You ought to visit the place during Kite Festival, Camel Festival, Teej Festival, Elephant Festival and others to add the charm in your vacation.

Day 01 : Arrive Jaipur As you arrive Delhi airport/station, you will proceed to your next destination Jaipur. Upon arrival and transfer to hotel. Evening pay a visit to Chowki Dhani – an ethnic village resort offering you all type of entertainment options including food, dance, music and accommodations in royal styles. Return back to hotel. Overnight stay in Jaipur.

Day 02 : (01) Jaipur Sightseeing Enjoy a scrumptious breakfast at hotel and then get ready for a full day sightseeing tour of the city.

(03) City Palace The beautiful City Palace was built between 1729 and 1732 AD by Sawai Jai Singh II. He ruled in Amer and planned to move his court in Jaipur, and built the outer walls of the palace and later rulers added to the architecture of this palace.

(04) Jantar Mantar monument was completed in 1734. It is considered to be one of the largest observatories ever built in India. Jantar Mantar features the world’s largest stone sundial. It is also a UNESCO World Heritage site.

(05) Hawa Mahal is a beautiful palace, built in 1799 by Maharaja Sawai Pratap Singh of the Kachhwaha Rajput dynasty. The construction material used were red and pink sandstone.